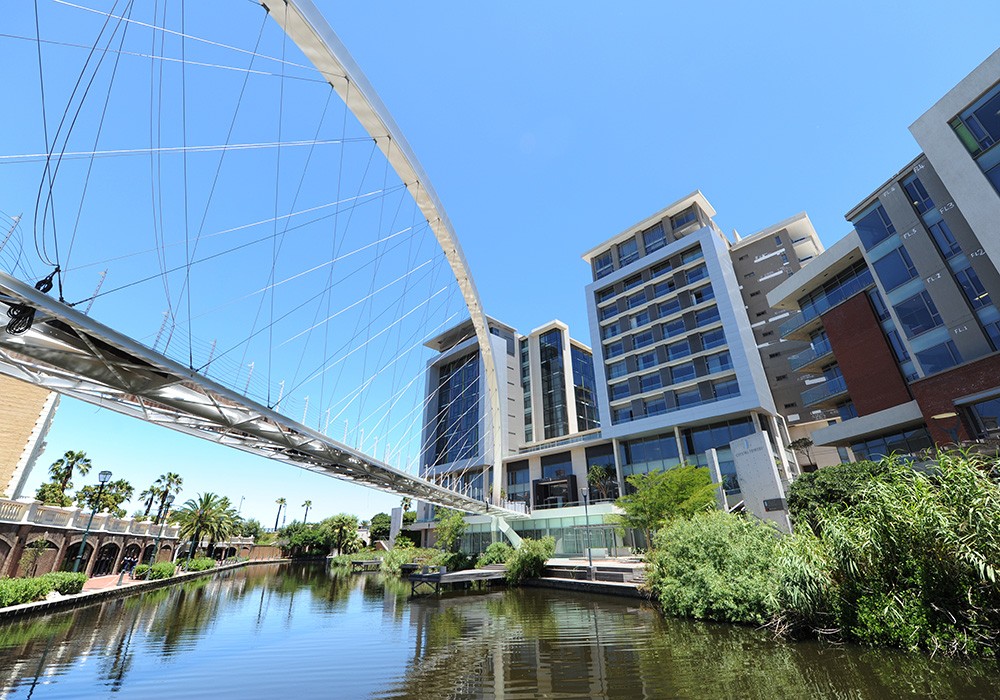 Central, convenient and easy to reach

Whether you’re heading into Cape Town’s CBD or the V&A Waterfront, the beaches of the Atlantic Seaboard, the South Peninsula or the West Coast, or out into the Durbanville or Stellenbosch winelands, Century City is a great place to explore from. The N1 freeway connects with other major routes, like the N7 the M5 and the N2, to give you free-flowing access to just about all the Cape’s top attractions.

How to Get to Century City

Directions from Cape Town CBD and the V&A Waterfront

As a well-planned New Urban estate, Century City’s urban planners have made provision for plenty of parking for residents and visitors alike.

A dedicated multi-level parking structure has been added to this popular node, P3, which contributes another 324 bays over five floor levels.

The Golden Arrow Bus Service provides direct bus service from the Cape Town CBD to Century City along the N1. Alternative bus routes run along Bosmansdam Road to Montague Gardens, where commuters can then use the MyCiTi bus service to their final destination in Century City.

The MyCiTi busses run all the way around Century City’s grand ring road, Century Boulevard, with an additional route running through the Bridgeways precinct right past the Century City Urban Square. This provides a most convenient way to get into the CBD and back.

The Century City Station forms part of the Cape Town — Bellville Route (via Monte Vista). From this station, it is a quick and pleasant walk into the heart of the Bridgeways precinct, where both the Urban Square Hotel, and the Bridgewater Hotel are located.